Social Media Live, a new festival that will showcase the latest technologies that are influencing social media in the RDS on October 25th, in partnership with Olytico, has revealed that over 15,000 tweets during last night’s live Presidential debate on Virgin Media were published with Michael D Higgins securing the highest number of mentions: 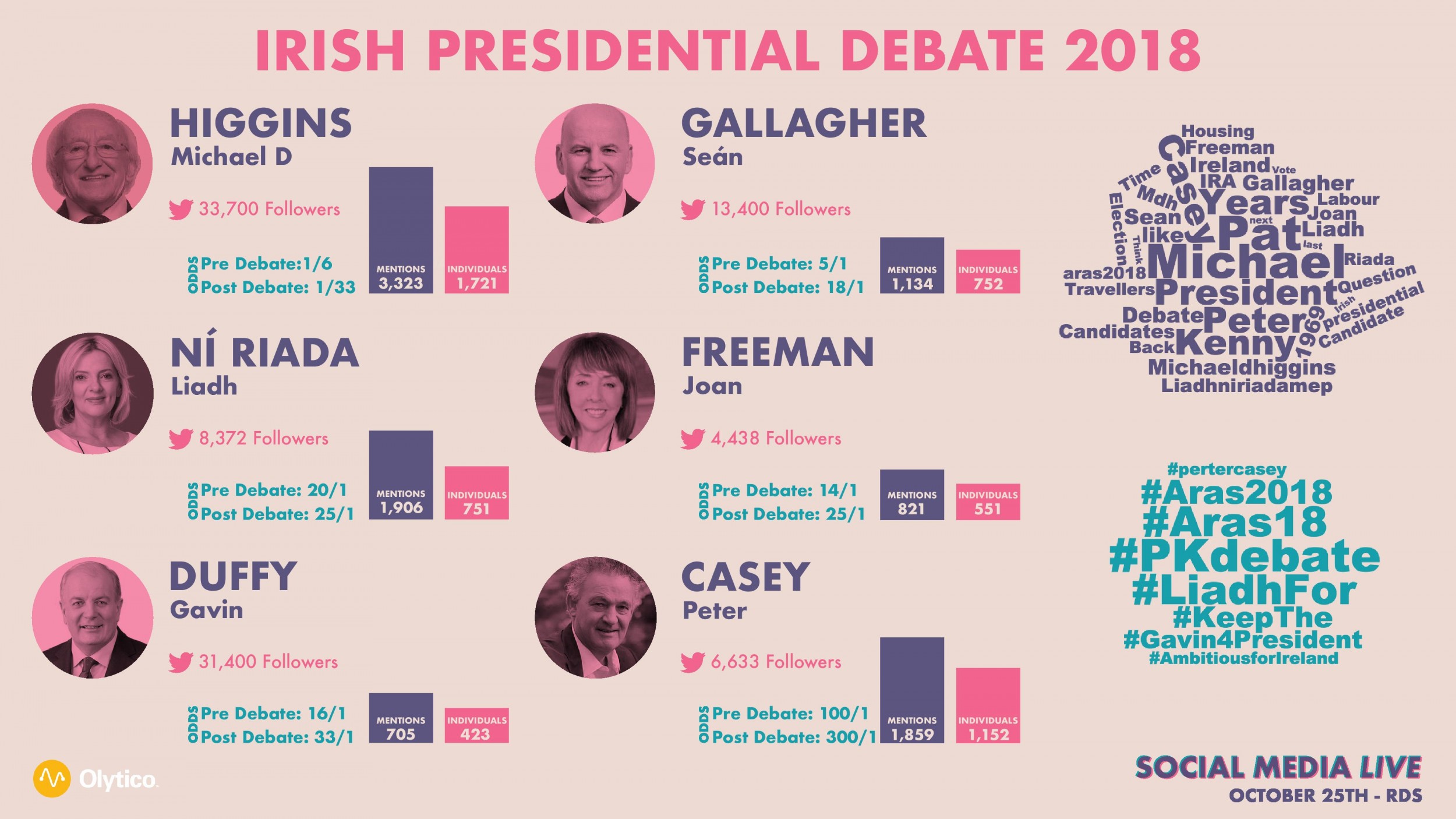 As the race for Aras heats up, social media analysis by Stephen O’Leary, CEO of Olytico and Social Media Live speaker, found that; “Last night’s debate generated over 15,000 tweets, a 50% increase on the first televised debate, showing the significance of having all six candidates on stage. The most quoted line from the night came from Michael D Higgins who said ‘I’ve been turning up since 1969’ and ‘Add it to the list’, both causing spikes on Twitter during the 90 minute debate.”

If you would like to speak to Stephen O’Leary, Media Analyst and Social Media Live speaker about the results of the commissioned research please call Claire O’Grady 01 5252544/087 7819375 or Aisling Newton 01 5252544 – Legacy Consultants

With a line-up of international brands, social influencers, news and media powerhouses, Social Media Live is set to uncover exploding tensions that lie within audience behaviours, how we use social media and shape what’s coming next. Tickets for Social Media Live can be purchased at www.socialmedialive.ie, along with further information on exhibitions, speakers and conference sponsorship opportunities.

Maker Rallies 30% in One Hour Amid Upcoming Coinbase Pro Listing

JP Morgan’s Jamie Dimon Does ‘Not Give a...